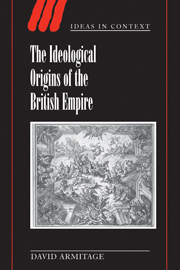 The Ideological Origins of the British Empire