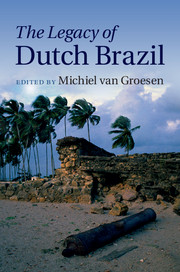 The Legacy of Dutch Brazil