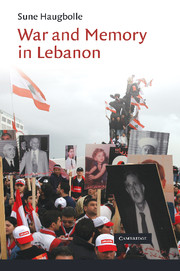 War and Memory in Lebanon