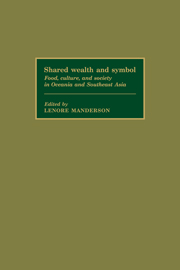 Shared Wealth and Symbol
Food, Culture, and Society in Oceania and Southeast Asia

Part of MSH: International Commission on the Anthropology of Food