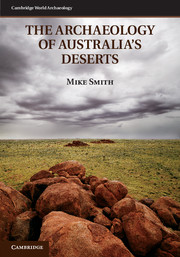 The Archaeology of Australia's Deserts