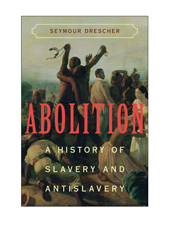 Abolition
A History of Slavery and Antislavery