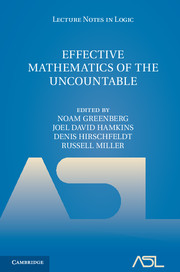 Effective Mathematics of the Uncountable