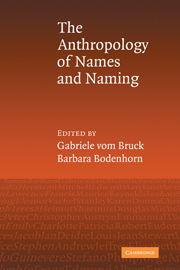 An Anthropology of Names and Naming