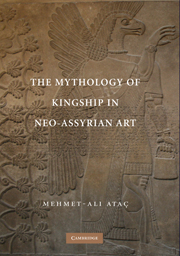 The Mythology of Kingship in Neo-Assyrian Art