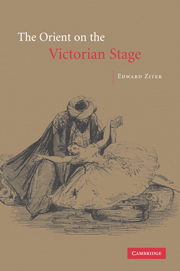 The Orient on the Victorian Stage