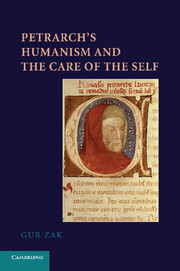 Petrarch's Humanism and the Care of the Self