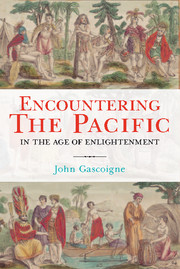 Encountering the Pacific in the Age of the Enlightenment