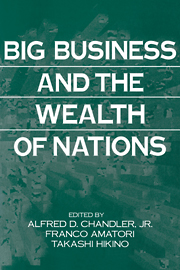 Big Business and the Wealth of Nations