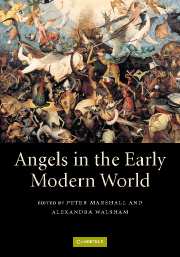 Angels in the Early Modern World