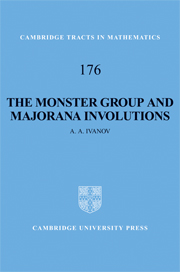 The Monster Group and Majorana Involutions