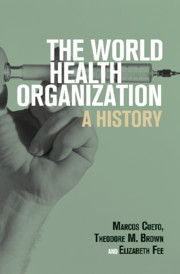 The World Health Organization
A History