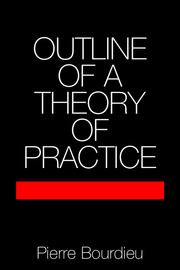 Outline of a Theory of Practice