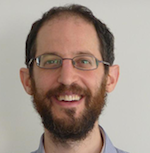 Teaching permutations - advice and activities for your class