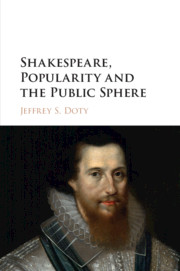 Shakespeare, Popularity and the Public Sphere