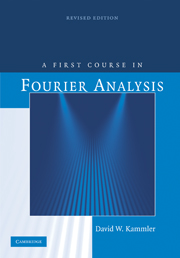 A First Course in Fourier Analysis