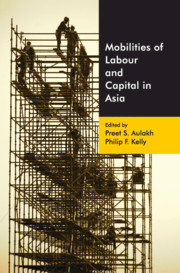 Mobilities of Labour and Capital in Asia