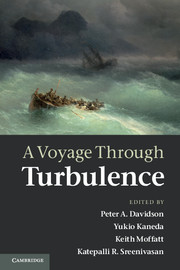 A Voyage Through Turbulence