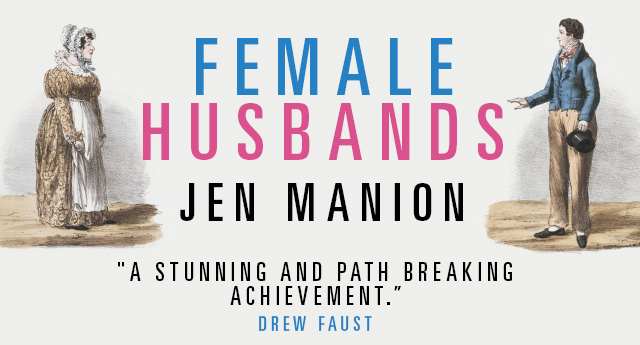 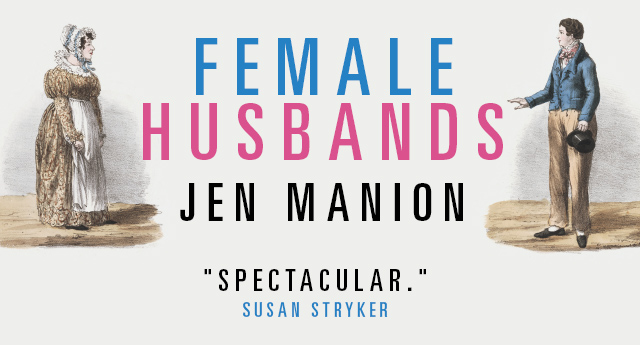 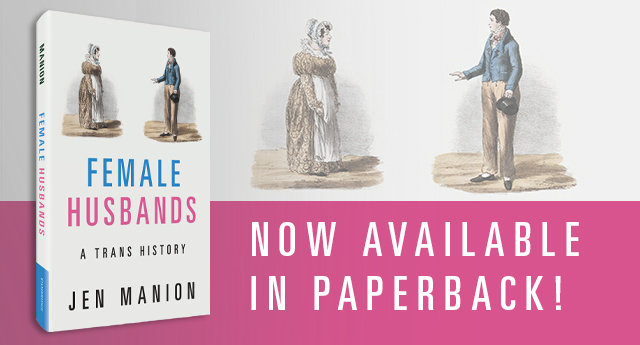 Long before people identified as transgender or lesbian, there were female husbands and the women who loved them. Female husbands - people assigned female who transed gender, lived as men, and married women - were true queer pioneers. Moving deftly from the colonial era to just before the First World War, Jen Manion uncovers the riveting and very personal stories of ordinary people who lived as men despite tremendous risk, danger, violence, and threat of punishment. Female Husbands weaves the story of their lives in relation to broader social, economic, and political developments in the United States and the United Kingdom, while also exploring how attitudes towards female husbands shifted in relation to transformations in gender politics and women's rights, ultimately leading to the demise of the category of 'female husband' in the early twentieth century. Groundbreaking and influential, Female Husbands offers a dynamic, varied, and complex history of the LGBTQ past.

“In this painstakingly researched study, Jen Manion opens a window into a previously unseen dimension of the British and American past. Female Husbands explores the lives of people who transed gender, lived as men, and married women between the colonial period and World War I, situating them in the context of broader political and social developments including changing understandings of gender and women's rights. The book is a stunning and path breaking achievement.”

“Female Husbands combines intellectual rigor and impeccable historical research with sensitivity and even imagination to illuminate this fascinatingly varied cohort of gender rebels.”

“Jen Manion offers a spectacular historical survey of people assigned female at birth who went on to live as men and marry women. In doing so, they demonstrate that contemporary attention to trans issues is just the tip of a vast, submerged legacy of gender variance, traversing both sides of the English-speaking transatlantic world, that stretches back hundreds of years.

“Jen Manion mines Anglo-American newspapers, books, and pamphlets and shows us how ‘female husbands’ confounded conceptions of sex, gender, and sexuality. An engaging account of the unruly history of ‘transing,’ and the surveillance of it, in the eighteenth and nineteenth centuries.”

- Joanne Meyerowitz, author of How Sex Changed: A History of Transsexuality in the United States 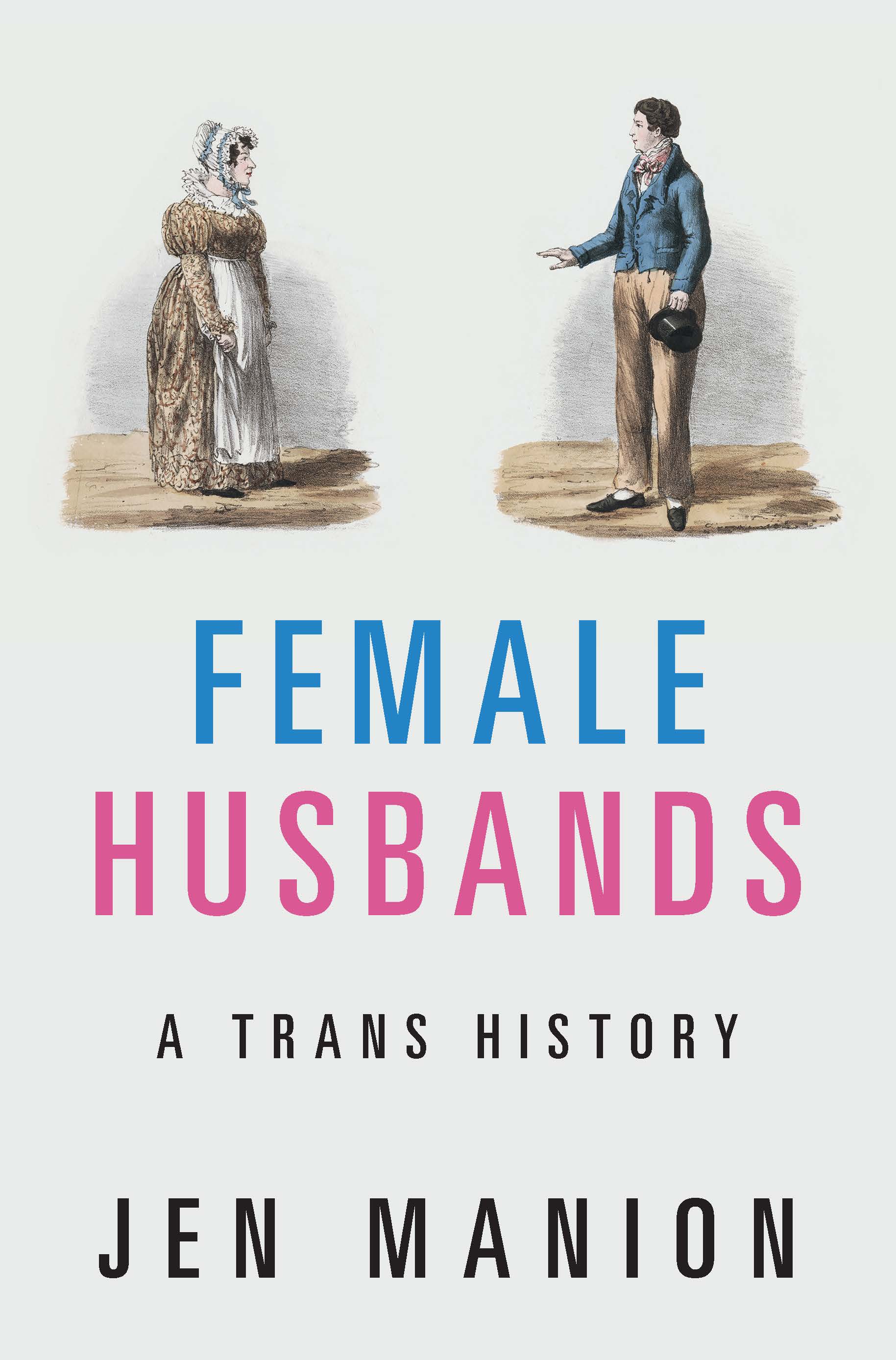