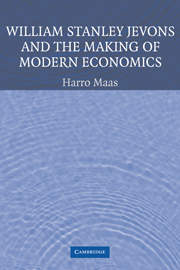 William Stanley Jevons and the Making of Modern Economics