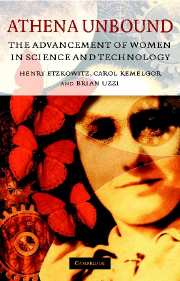 Athena Unbound
The Advancement of Women in Science and Technology