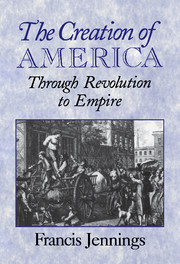 The Creation of America
Through Revolution to Empire