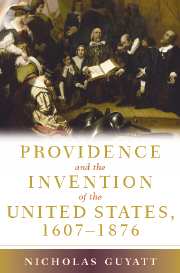 Providence and the Invention of the United States, 1607–1876