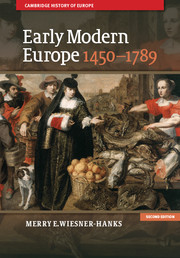 Part of Cambridge History of Europe