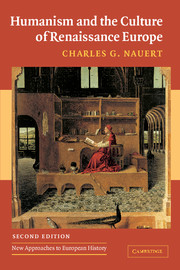 Humanism and the Culture of Renaissance Europe