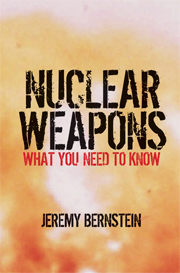 Nuclear Weapons
What You Need to Know