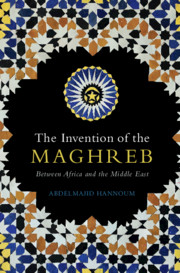 The Invention of the Maghreb
Between Africa and the Middle East