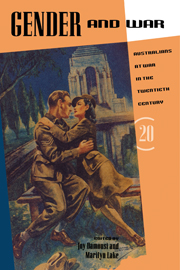 Gender and War
Australians at War in the Twentieth Century