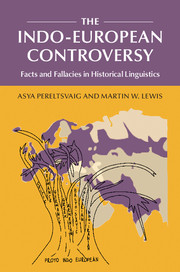 The Indo-European Controversy
Facts and Fallacies in Historical Linguistics