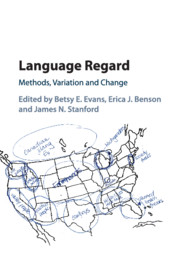 Language Regard
Methods, Variation and Change