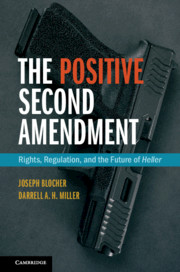 The Positive Second Amendment
Rights, Regulation, and the Future of Heller

Part of Cambridge Studies on Civil Rights and Civil Liberties