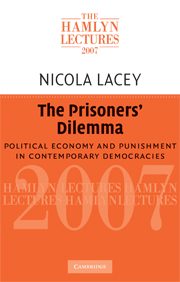 The Prisoners' Dilemma
Political Economy and Punishment in Contemporary Democracies

Part of The Hamlyn Lectures