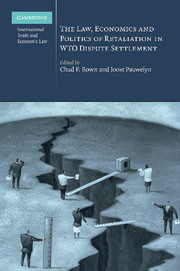 The Law, Economics and Politics of Retaliation in WTO Dispute Settlement