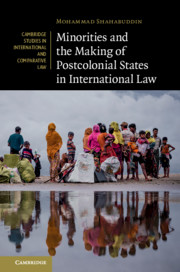 Minorities and the Making of Postcolonial States in International Law