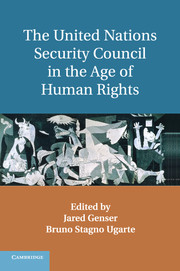 The United Nations Security Council in the Age of Human Rights