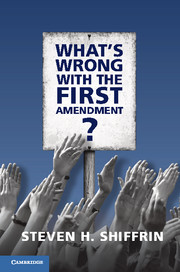 What's Wrong with the First Amendment