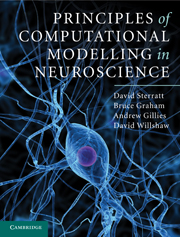 Principles of Computational Modelling in Neuroscience