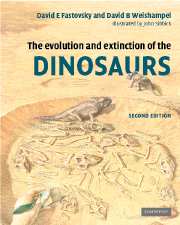 The Evolution and Extinction of the Dinosaurs