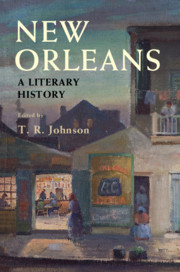 Part 1: An interview with T. R. Johnson on New Orleans: A Literary History

Part 2: An interview with T. R. Johnson on New Orleans: A Literary History