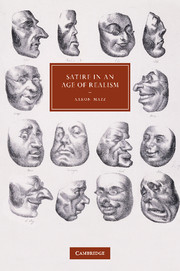 Satire in an Age of Realism