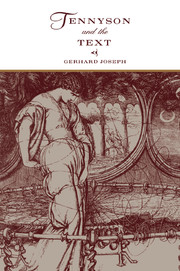 Tennyson and the Text
The Weaver's Shuttle