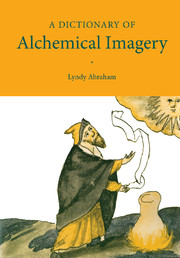 A Dictionary of Alchemical Imagery