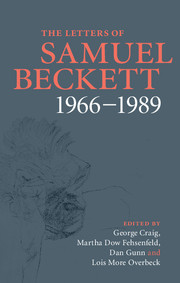 The Irish Echo - Writing’s ‘All I’m good for’

The Atlantic - Finding Wisdom in the Letters of Aging Writers

An Interview with Editor Dan Gunn on 'The Letters of Samuel Beckett, Volume 4'