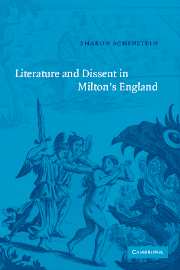 Literature and Dissent in Milton's England