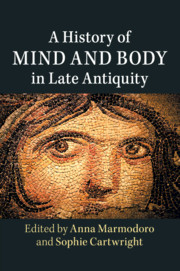 A History of Mind and Body in Late Antiquity