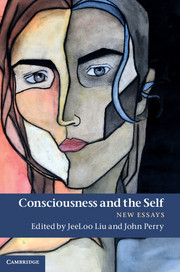 Consciousness and the Self
New Essays